Retail Insider and K3 bring you a monthly column taking a look at some of the most pertinent and interesting topics of the day in the big wide world of retail.

Do you remember when luxury goods and fashion would never sell online?

It is not that long ago that conventional wisdom (whoever or whatever that is) suggested luxury goods and fashion were unlikely bedfellows of online retail. Well, how wrong can you be? 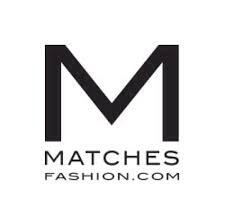 We all know that fashion is now a mainstay of online commerce and that luxury is one of the fastest growing areas online, which means flogging high-end fashion over the internet could just possibly be something of a sweet spot.

This is certainly the case for Matches – where the average spend online is a healthy £500. From having 100% of its sales derived from its stores in the early 2000s, it has since been refocused on the online opportunity and now generates 70% of its sales over the internet.

Such is the global nature of luxury that it sits especially well with e-commerce. Of Matches online sales 70% are from outside its UK base. What it targets are the 330 million luxury customers that exist around the world – who all contribute to the value of the luxury market being worth about $217 billion per year.

Of these affluent individuals 30% are based in the US, 25% in Europe, and 30% in Asia and Australia, which helps Matches target its potential territories and new customers. They are also all pretty much purchasing online, which suggests that again the luxury goods operators have a well defined, hungry, receptive and enormous target to aim at.

What makes the prize even more alluring is the fact only 5% of the $217 billion is currently being transacted online compared with more like 10-15% for many other categories. Matches for one, continues to tweak and customise its online stores for specific markets, which in turn fuels even more growth.

As we have seen with many things online, luxury goods and fashion have taken their turn to show conventional wisdom the door.

Sad but arguably inevitable demise of Phones 4U

As a former columnist for Mobile magazine the phone industry always struck me as a particularly complex part of the retail landscape, with lots of different parties involved – from retailers, to the mobile networks, myriad resellers, and virtual mobile network operators like Virgin. You get the idea. 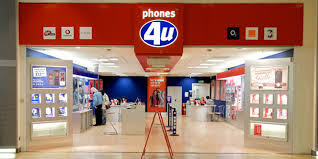 This resulted in City analysts always having problems valuing the likes of Carphone Warehouse – was it a telco or a simple retailer – and therefore being unsure about which of their analysts should cover the stock.

Well things have certainly become a whole lot simpler since these early days of flogging mobile phones because the networks have increasingly sought to control their channel to market – investing heavily in stores and their online proposition.

This has pushed the resellers out of the market and many high street and online-only retailers that relied on selling phones – and receiving commission from the networks – have found their markets shrivel up dramatically.

This manifested itself in the most brutal way with Phones4U this past couple of weeks. One minute it was a profitable high street retailer and the next it was toast. But actually the writing had been on the wall for some time and this was all too clear to its private equity owners BC Partners.

When EE and Vodafone pulled their goods from Phones 4U in early September this was simply the latest move in them looking to reduce the amount of commissions paid out to third-parties and instead push people into their own stores for more profitable sales.

BC had last year taken out a £200 million dividend that ensured it would not be out of pocket on its Phones 4U acquisition – even if the business went under. This payout gave it a weaker balance sheet thereby giving it a weak hand when the networks came knocking on the door to negotiate future (reduced) commission rates.

It seems that neither of these two camps ultimately had that much interest in saving Phones 4u, and hence its falling off a cliff happened with very little fuss from those with supposedly most interest in the business. As sad as it is, the reality is that this is simply part of the ongoing simplification of the way mobile phones and electronic devices are sold.

K3 Retail deliver multi-channel solutions that enable retailers to create joined up shopping experiences for their customers whether they choose to buy on-line, direct, in-store or via mobile. It has over 20 years’ experience delivering award winning solutions, to more than 175 internationally recognised retail brands.