Brought to you by Retail Insider and K3 BTG

It is hardly revelatory to inform you that department stores are under great pressure as Debenhams, House of Fraser and even John Lewis are feeling the cold winds of change blowing through the retail sector as a result of consumption patterns changing dramatically.

Spending in UK department stores has fallen for the past 13 consecutive months – including a 7.1% year-on-year fall in November – according to data from Barclaycard. And there is no evidence to suggest that this trend won’t continue. Recognising the need to change prompted Debenhams to announce its plan to close 50 stores from its 165-strong portfolio and more outlets are likely to follow in the future. 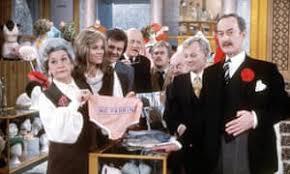 We’ve moved on, I think.

While the department store sector continues to be buffeted it is interesting to see that other parts of the retail industry are making moves towards building more multi-branded propositions that takes them into department store-style territory.

For instance, Poundland recently stated it was planning to “reboot” its offer by bringing together the group’s Pep&Co business with its core Poundland fascia. The Stoke-on-Trent branch of Poundland points to the possible future configuration as a Pep&Co outlet has been placed above the existing Poundland store. This creates a department store type of unit that provides a multi-price proposition covering a broad spread of product types. Management reckons this is a way to future-proof the group’s business.

It is undoubtedly a similar line of thinking that has led Sainsbury’s to open its experimental store in Birmingham’s Selly Oak Shopping Centre. It is a re-invention of its traditional supermarket offer that absolutely takes it into the realms of the department store. Sainsbury’s recognised the need to broaden its offer through its Argos acquisition some years back and this new store moves things on another step.

Into the mix has been thrown Sainsbury’s first ever dine-in food market containing brands such as Sushi Gourmet and West Cornwall Pasty Company and a 180-seat food court. In addition, there is a shop-in-shop Fragrance Shop and an Oasis concession.

As such moves pick up pace across the industry it is maybe the definition of department store that needs to be assessed because at one end of the retail sector it seems to very much represent the past whereas at the other end it is potentially viewed as the future.