Brought to you by Retailinsider.com and PCMS

The Name: Poundland
The Place: 389 stores in the UK and 10 in the Republic of Ireland.
The Story: Founded in 1990 with a store in Burton upon Trent Poundland is said to have brought us the whole concept of price point retailing over from America. Initial scepticism from some top brand owners about selling their precious products on such shelves quickly dissolved once they realised that Poundland was going to sell shedloads of it, whatever it was. And in May 2010 the private equity big guns waded in and snapped up Poundland for £200m and appointed the very able Jim McCarthy to run the ship. 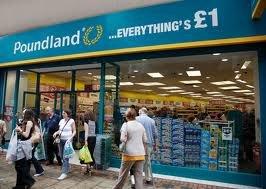 Just try walking past and not getting sucked in.

I hear they’re quite good but of course I’ve never been in one: Pull the other one. Some reckon around 10% of Poundland’s customers are from the A-B Group. Moreover it is a physical impossibility to walk into a Poundland shop and emerge empty handed. If you did not know before you went in that you wanted Sellotape and an oven glove then that’s your problem.

So something tells me that this is a shop for the ladies out there? True, Poundland attracts predominantly female shoppers and if you need proof of that – they sold 4 million Toblerones too. But along with the squeezed middle classes, students and the elderly also make up a sizeable share of the punters who just want those Kodak batteries for £1. 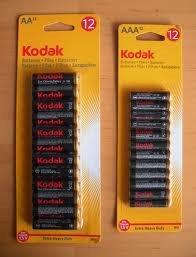 Gosh. Do they really sell Kodak batteries for £1? Well, anyway, how do they do the ‘Everything for £1’ deal with the company’s stores in Ireland? Ah, the whole concept innovates into something else. Fixed price retailing is dropped and of course the name is different. It trades under Dealz. Allegedly Euroland did not go down well with the customers.

Quite. But are they constantly having to change product lines to keep within the £1 price? They are cleverer than that. They quite often change the product size and package – tiny changes the customer may not even notice. For instance the famous battery packs will vary in size and the packs of sugar can vary in weight reacting to commodity prices. Most people do not notice whether the sugar weighs 1.2kg or 1kg.

It’s genius! And moreover lots of suppliers actually reconfigure their product especially for Poundland so the pack size of After Eights you buy there for £1 is the only place you can buy that size. And it is of a quantity that makes sure everyone makes their cut while the customer is happy with a top brand at a lower price.

Gosh. Do they really sell After Eights for £1? Certainly do and they like to keep the suppliers very sweet too which helps with all this. McCarthy points out that whilst most companies expect suppliers to come to them, Poundland does the opposite – choosing who it wishes to deal with and then approaching them. Suppliers, he maintains, need brand reach and supermarkets are not always best placed to deliver on all sections of the community. Poundland customers visit 1.8 times each week and 4 million of them a week are served.

So the suppliers are queuing up: They should be. McCarthy says his company pays on time and in full. None of this “cheque’s in the post” or “our system’s down” nonsense. The result is that 1,000 branded products are now on its shelves.

Tip Top. So am I to understand that the demise of the British high street has been exaggerated? All I can say is that Poundland opened 62 stores last year, 60 the year before that and 50 the year before that. Now that’s going some. In addition, its sales are believed to be well in excess of £700 million for this financial year, and although it is not a major goal McCarthy reckons store numbers of up to 1,000 are possible.

That’s another one added.

Cripes. Imagine if they went online? You don’t imagine a company like this is not considering all the options do you? McCarthy says that new markets and new channels are both up for grabs. But above all this the company is strictly focused on improving the offer to customers, keeping costs down, and maintaining the “big distance between us and the others”.

“The others”? The competition, my friend. PoundStretcher, 99p Stores and the like. Although one must always remember they may not take AMEX.

Poundland takes AMEX!? Mais oui. McCarthy admits to being mildly surprised by the level of take up which has unsurprisingly been mainly in the south of the country. The card spend, he says, is higher than on other payment cards.

And what are all these people spending their hard earned cash on? It’s back to basics – health & beauty, food, and of course those batteries. Poundland’s super effective MO is to lure people in with the big brands and then once inside sock them with the own-brand stuff. 70% of it is produced in the UK and where they see a gap in the market then they develop it. Their own-brand confectionery range Sweet Heaven, for example, was a direct response to the loss of Woolies on the high street. In fact, we might be seeing more shelves of things like Nescafé cappuccinos for £1 in future, because food and drink is a big winner for Poundland.

Do they really sell Nescafé cappuccinos for £1? Oh for pity’s sake, just go into one and see for yourself.

PCMS Group is a leading independent supplier of software and services to the retail industry; PCMS Store and Multi-channel solutions have been chosen by over 98 retailers including Arcadia, John Lewis and M&S.