The departure of Kate Bostock from Asos this week undoubtedly highlighted the gulf between the go-getting online fashion operators and the established clothing retailers. 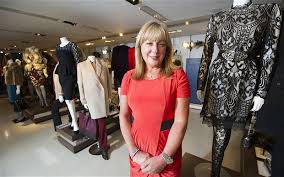 It has shown how there remains a great divide between the mind-sets and skill-sets of individuals from large organisations – with their rigidity and well-entrenched roles – and the more fluid management and operational structures adopted by the newer online players.

From the early dotcom days there was often a problem when big company people joined start-ups and found they had to muck-in with the kids. Many fled back to their more comfortable former working environments.

It is obvious that little has changed in the intervening dozen or so years. While this is a potential longer-term problem for the likes of Asos the more immediate issue is that larger retailers are failing to attract the new blood that they vitally require if they are to make their businesses credible competitors online.

Another issue that was brought into the open by the departure of Bostock was the point that maybe these online specialists are more technology-oriented than their established rivals who prefer to concentrate more on the product.

Asos founder Nick Robertson apparently rejected this idea. This is not a great surprise because it suggests the business does not focus on its product. It clearly does because otherwise how would it manage to sell so much of the stuff.

But the reality is that Asos is more technology oriented and why shouldn’t it be. Like other such businesses its heart is made of technology and the blood it pumps is data.

In stark contrast, the established operators continue to find it tough grappling with the fast-paced new world of retailing that relies so fundamentally on technology – regardless of whether Robertson is willing to acknowledge it or not.