Brought to you by Retail Insider and PCMS

The Place: 500th store in the UK has just opened in posh old Bury St Edmunds of all places. The Aldi group also operates all over Europe and in the US and Australia.

The Story: Well, this one is really a tale of two cities or rather two brothers in one city – Essen. Straight after the war two brothers by the name of Karl and Theo Albrecht (ALDI is a contraction of Albrecht Discount) started running a small grocery shop and within a handful of years had a chain of 13. 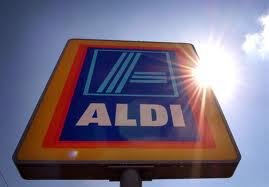 Sun continues to shine on Aldi

Still with me? Yes, thank you, managing to keep up so far. In the 60s however the chain split, something to do with cigarettes by all accounts, with one brother, Karl, taking hold of Aldi Sud (1,600+ stores) and the other Theo running Aldi Nord (2,500+ stores) which actually trades in Germany as Aldi Markt.

Still with me? Yes. Now in the UK the Aldi chain is owned by Aldi Sud as are the divisions in Australia, Switzerland and Hungary among others. Aldi Nord is the operator in France, Denmark and Benelux. But in the US both groups have an interest and Aldi Sud simply trades under the name Aldi whereas Aldi Nord owns a chain of around 400 Trader Joe speciality grocery shops full of Hawaiian-shirt wearing staff.

Still with me? Struggling a bit now to be honest. But never mind because surely the main point here is that Aldi stores used to be full of poor people buying funny German sausage which no one could pronounce and now they’re not. Or to put it more elegantly with its market share of 4.3% at a new high Aldi continues to attract more and more white collar professionals away from the Big Four supermarkets. Recent figures suggest its share of AB shoppers has climbed dramatically this past year from 12.9% to 18.6%. It has become a place where the money-conscious professional increasingly trusts the Aldi own brand products. 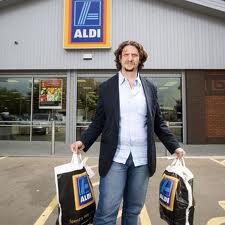 That’s what I said, but how? Well, it’s certainly true to assume that if the Aldi head office did not contain a big trophy cabinet last year it certainly does now. And preferably one with extending tiers because to say the accolades flow in doesn’t really do it justice. Clearly the business in the UK is not yet the same beast as in its home country where you can legitimately say “Germany is Aldi and Aldi is Germany” and the company has never done any advertising other than its weekly offer sheets because it just does not need to but still, pretty impressive.

What’s in the cabinet? What’s not! Grocer of the Year 2013 at the Grocer Awards no less. Which? Best Supermarket 2013. Gold medals for its Highland Black Scotch Whisky at the International Spirits Challenge 2013, Gold for its American Peanut Ice-cream at the British Frozen Food Federation awards. Silver Medal from the International Wine Challenge for its Prosecco. Gold for its West Country mature cheddar at the Global Cheese Awards.

Is there really a Frozen Food Federation? Moving on. With a total of 16 Golds at the Grocer Own Label awards in 2013 on everything from cheesecake to fajita dinner kits. For a sense of perspective, competitor Lidl got 4 Golds and the runner up to Aldi’s winning Summer Berry herbal teabags retailing at 99p for 40 bags was Harrods’ £5.95 a pop Green Tea and Bergamot concoction.

Crazy. That’s some buying team they’ve got there: Good money buys you expertise, my dear. Aldi pays over the odds salary as is well known in the industry – you only have to look at the jobs page to see that. And if you buy into the higher salary then you also buy into the relentless German work ethic and then it’s just a short step to the kinds of revenue growth most companies can only dream of. Sales were up 40% in 2012 to £3.89 billion, and pre-tax profits to 31 December 2012 hit £157.9 million which is a rise of 124%.

That’s just ridiculous. Where are all these extra shoppers coming from? Well, of course they are not extra. They are being hovered-up from other supermarkets and the biggest loser by all accounts is Tesco, which according to research firm Verdict, provides a whopping 36.6% of Aldi’s customers for them. By comparison only 12% leave the arms of Sainsbury’s.

And what does the eager consumer find when they enter their first Aldi? Err, a lot less choice and a plainer layout. Or what Der Spiegel calls “The sense of order, the devotion to efficiency, the sparse logic of logistics and determined thrift”.

That’s catchy, you’ve sold it to me: Aldi’s secret has always been to buy in very large volumes from one supplier and then sell the goods on under its own label. As a rule there will be, say, one kind of own brand cereal on sale and perhaps up to two other major brand name varieties. The average Aldi sells around 1,000 items compared with between 20,000 and 40,000 for larger Tesco stores and there is no expensive advertising in store. The whole point is to take away the ‘power of pricing’ away from the brands. It sounds limiting but when the shopper has spent years looking down a vast aisle of similarly-boxed cereals and wondering where to begin it is probably strangely comforting. 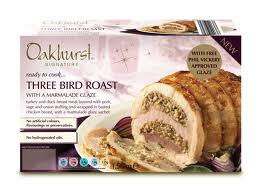 Stuff the turkey this year

Although this comfort seems to be reserved for customers outside the M25 in the main: Quite true, the company does not have much of a presence in London although this year a convenience store in Kilburn, north London, has been trialled and if successful might be the way forward in the London area. But this company is primarily fanatical about the price differential that exists between it and its competitors so to that end there are also no home deliveries. It is not keen on online trading and it’s also a no to loyalty cards too. Anything at all that might bolt costs on to the normal weekly shop is out.

Righto. Not even a website? Oh yes, social media is used and Aldi has 42k+ Twitter users and 325k+ Facebook fans but it’s the bricks and mortar where the action is, and will continue to be, judging by the number of required store sites listed on its website.

Champion, I’ll be in before Christmas: Got any sage and onion bratwurst? No. Try a leg of Serrano ham instead at £49.99 instead.

PCMS Group is a leading independent supplier of software and services to the retail industry; PCMS Store and Multi-channel solutions have been chosen by over 98 retailers including Arcadia, John Lewis and M&S.