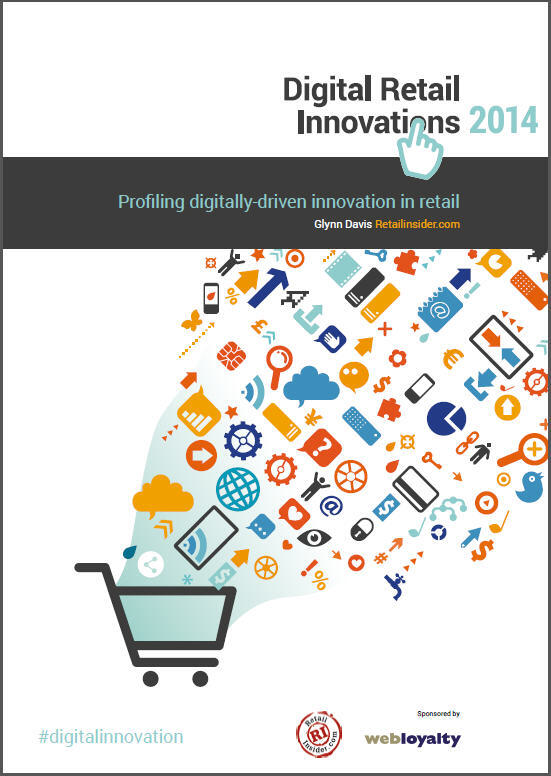 Brought to you by Retail Insider and Webloyalty

Retail Insider asks members of the Digital Retail Innovations 2014 report (sponsored by Webloyalty) Advisory Panel to take a close look at a specific innovation within the report.

1. How innovative is Google Glass?
There aren’t many other devices out there that can give you so much information with so much immediacy. With the integration of technology into people’s everyday lives, the growing trend for wearables brings a solution to this demand for immediacy. Customers want to be able to complete small tasks really quickly and easily, without having to double the amount of time the task takes by getting their phone out of their wallet, unlocking it etc…

2. What is most interesting about them to you?
They paint a picture as to where things may be headed. If you look at the change that most devices go through in their first few years and then apply that to Glass then it makes the first version seem pretty clunky. Imagine a future where a normal pair of glasses or even contact lenses has all that functionality built into them – that’s exciting! The vision of mixing virtual reality with the real world in front of your eyes without having to hold up another device is pretty impressive and with the rate of improvement of technology we are seeing everywhere at the moment I don’t think we are too far from that.

3. How strong commercially could it be for retailers?
The technology is still very new so it will be interesting to see how things develop. Wearables have been on our horizon for a while, and the Tesco Labs team has already developed an app for Google Glass and the Samsung Galaxy Smart watch – both of which have uses for customers and colleagues.  We’re always exploring how people might shop in the future, and what tadalafil best pharmacy online kind of devices will be used in our stores.

4. What do you think could be improved with the next iteration and will the Luxxotica tie-up make a difference?
The big things they need to improve straight away are the battery life, the stability of the software, and how they look. I still think they look better than most of the competing products out there but they still stand out a bit too much. Hopefully Luxxotica can give them a hand with that. When I first got a set at the start of the year I found the best things to use them for were simple things; quick tasks like taking a photo and sharing it to social media takes seconds or looking up an answer to a question on Google.

The other thing they are handy for is filming a demo from a user’s perspective. You do get a few strange looks when you wear them out and about and I’ve only seen one other person in the UK wearing them in public. But in Silicon Valley it’s not quite as unusual. You often get stopped by people who want to have a go which I don’t mind too much as a lot of my job is about sharing new tech to inspire others.

5. How has Tesco been using them – i.e. the apps?
At Tesco Labs we’ve been thinking about how to use them for a few different scenarios. The first two that we’ve developed prototypes for are separate apps for customers and colleagues. The customer app lets a customer add an item to their online grocery shopping basket, they can also look up nutritional information if they’re curious. The colleague app lets the user view information like the levels of stock and the expected delivery timings of an item so they can ensure availability at the shelf edge.