Not that long ago retail technology was predominantly about Point-of-Sale (PoS) but things changed dramatically following the earthquake known as the internet, which disrupted things dramatically and in its wake myriad new IT solutions hit the industry. 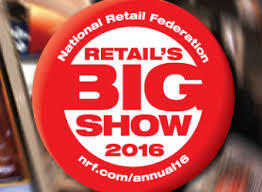 See PoS in all its new-found glory

But PoS solutions still remain at the heart of in-store activities. They just happen to have developed into more service-based connected devices with Point-of-Service maybe now being a more relevant descriptor.

There has been a move for retailers to look to PoS as more of a support for the in-store experiences of their customers whereby it is no longer simply about processing a transaction. In a more multi-channel world PoS solutions are just as likely to be used to handle the return of goods ordered online, to book a future appointment with a specialist in the store, to look-up additional information on a product, to take an online order, and to check stock availability.

Leading UK-based provider PCMS works with numerous large retailers in the UK and around the globe in providing a solution that has adapted to the increased demands retailers now have from PoS and has incorporated much more of a service-led characteristic into its proposition.

Nova Scotia Liquor Corporation has used the company’s solution on the back of its recognising that there is today, more than ever, a need for an adaptable, flexible product that can evolve as the retail landscape continues to change so dramatically. The retailer has installed PCMS BeanStore on to 320 tills in 100-plus outlets and aligned this with an outsourced managed service offering from PCMS, which means the retailer IT team can focus on providing Buy Generic klonopin Online value to the retail operation safe in the knowledge the day-to-day management of the store estate is in safe hands.

Such attributes have contributed to PCMS appearing in the recent RIS LeaderBoard 2015 (in sixth place) for software vendors. This marks a decade of it earning such an accolade. The company has also found favour with Forrester that has included PCMS in its leaders grouping (with Aptos, Demandware, Fujitsu and NCR) of the Point-of-Service providers included its recent ‘Forrester Wave Point Of Service’ report that takes the 10 most significant providers in the category and scores them on a batch of criteria.

The company’s positioning in the report has also benefited from its progressive stance on social computing – whereby it delivers a solution for retailers looking to capitalise on social networks. Self-service and queue-busting capabilities are also recognised as standing it in good stead for those retailers looking for a solution that helps them deliver a better experience in-store – through the greater use of technology to create a more digitally-focused in-store environment.

Without this marriage of personal service and technology in-store there is likely to be acceleration in the shift of shoppers from stores to the online channel. This would be a travesty because there is plenty of proof that the store is set to continue to play a vital role in retail – but only if it adapts to the multi-channel world and PoS (in its new service-led guise) will undoubtedly be an integral component of any valid store of the future.

PCMS (booth 3163) is among the world’s technology vendors converging on New York City during January 17-19 for the annual NRF bonanza.