Brought to you by Retail Insider and PCMS Group

The Place: At the moment US only but expect global domination any time soon, which may include Blighty…So watch this space. 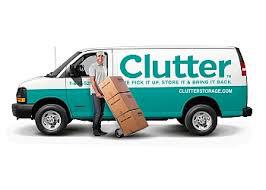 The Story: Stuff. It’s a thing isn’t it?

It certainly is: Got too much of it?

Nope: So you are in the minority then, my friend.

Well, I’m used to being special of course: Most of us are finding that there are just too many things in our houses, and of course it doesn’t help that houses are getting smaller.

That’s ridiculous: No, really, they are in the UK, everything is miniaturising.

Is that actually a word? Probably. But the point is that between 2003 and 2016 the average British house shrank by 100 square feet and that whether it is actual tat or stuff we do honestly need we simply have no room for it. Our need for outside storage has never been greater. This is why I am confident that the disruptive influence of Clutter will at some point make itself felt on this side of the Atlantic.

Is the US in the same boat as us on junk? And then some! One in 10 of all American households pay for a storage unit.

Crikey: I know. So much stuff – it’s making me feel slightly anxious.

Uh-oh: But Clutter is at least trying to sort it all out.

Yes, let’s get to the point: Storage – it was ripe for reinvention. This is the typical scenario as it stands:  you hire a van, you lumber all your stuff into it, you drive to a huge building with no windows in the middle of a distant trading estate, you unload your stuff, you drop your hire van off, and you have to get yourself home after that. Did you see what I did there?

Certainly did. It’s customer focused in all the wrong ways: Absolutely. And when you want something back for the weekend hey ho the whole shebang needs to be done again. Plus to add insult to injury – after a couple of months the storage facility will usually start hiking up the cost big style, making the time when it seemed like a good deal a very distant memory.

This is ringing some serious alarm bells for me. But what happens if I use Clutter? Aaah, bliss. The wonderful interchange of smart technology and lots of strong men to do all the work.

Hey, already I love it! So, having ordered the service, staff arrive in their van, pack and take your stuff away again. Whilst doing this they put barcodes on each package which links the parcel to photos in a digital catalogue. And when you want the piano (or whatever it is) back again you put in a request and the goods will be back on your doorstep in 48 hours. 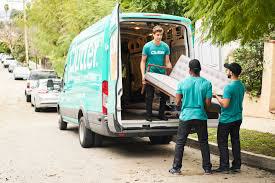 Genius. Why didn’t someone think of this before? It’s a bit like a perfect storm – warehouse storage capacity is almost at saturation and US cities are not so keen on giving these vast, low-employment, low-rateable edifices permission to open in towns thus ensuring traditional storage companies have been able to raise prices with impunity to use their increasingly valuable boxes.

Grrr: Well, it’s just economics. However, Clutter (while not always cheaper across the board) does undertake not to raise prices on stuff already stored – a major consumer bugbear.

Grrr: Yes, OK. Enough already with that. But you should know that in a normal company you get a key to your own little den of tat. It’s the Swiss safe deposit box of storage. Utterly private.

I think ‘tat’ is a bit harsh: But Clutter has done away with all that. Your neatly wrapped up parcel of whatever is simply assigned a shelf and aisle position in a huge open warehouse (apparently they resemble Amazon depots) where the bar-code system links that exact position to the transportation and online catalogue programmes. The staff will know ahead of time via your order if a particularly bulky thing is coming in and will have created space for it in advance.

It’s beautifully simple: But it is going to get so much better as the tech boffins work on even cleverer applications.

Go on, wow me: Clutter is working on a prediction tool which will anticipate how customers may want to utilise their stored stuff and automatically have it delivered to the most appropriate warehouse facility.

Hang on. It’s all tat – why would you have it in different places? Don’t forget we are talking about babyboomers downsizing, a proportion of this gear will be needed, just not in a very small flat with no garden.

Like a bike? By jove, you’ve got it! So your old lawnmower will be placed in a super cheap place in the middle of nowhere where land is not at a premium, while your bike, which you need twice a month for your mountain biking club, will be near where you live.

It’s a whole new way of thinking about your possessions. Who is the brainiac behind this? There are two of them: Ari Mir and Brian Thompson, childhood friends from Los Angeles. Both were in search of gainful employment when they stumbled on the genius idea that the advent of the smartphone could make storage just another on-demand service.

So where can they go next with this? Careful. You’re dealing with serious forward thinkers here. Firstly, it’s only a short journey from storage to shipping.

Uummm: Let me explain. Your mountain bike is with Clutter and you need it but you don’t need it here, you need it to be at the bottom of an actual mountain so it’s only coming back to your house to clutter up your car whilst you take it somewhere else.

I think I see what’s coming: Instead just ask Clutter to ship it to the aforementioned mountain for you and back to its normal facility after the trip.

Any other value-addeds here? Where do I begin…how about this: when you get your Christmas decorations back to the flat in December, Clutter also brings the Christmas tree and helps you put it up. 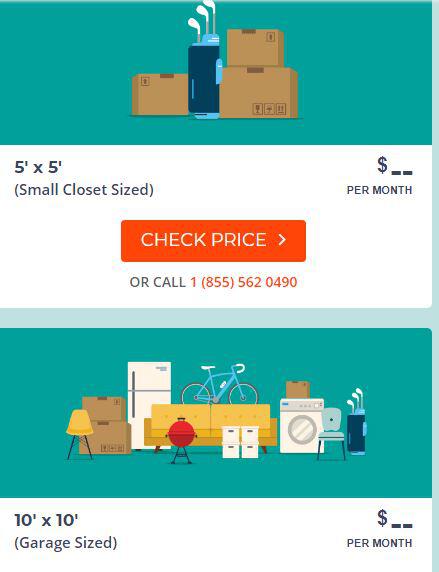 Woah. It’s getting really out there: How about when you decide that you don’t want that bike anymore, or you want to rent it out to someone, or recycle it, or give it to charity?

OK, seriously when that bit of alogorithm is designed please let me know: You see, it’s genius. It’s going to end up being all about ‘creating value’ from stuff with no effort on your part.

Obviously they have to open here first though: Expansion is on the cards, trust me. Currently it only operates in seven major US cities but within six years wants to be in 50 cities around the world and it probably can because it has raised $97 million in funding with no real trouble whatsoever.

OMG, I’m literally going to make a list of things in my life that I can create value with right now: You don’t own anything worth storing/selling.

PCMS is a global provider of IT software and services for the retail industry. PCMS offers a full-range of integrated commerce solutions across selling touch points and also provides turnkey managed services and cloud hosting. Its client list includes John Lewis, Marks & Spencer, Waitrose, Whole Foods, as well as Walgreens in the US and fashion brands including Prada and Ferragamo across Europe.