At a time when we are seeing retailers on the high street come under ever more pressure there continues to be examples of massive expansion by merchants at some of the marquee shopping centres. 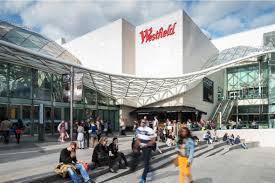 The results from Next recently highlighted how it was dealing with a tough balancing act as it manages the decline of its stores base while at the same time handles the continued growth at its online Directory business. But against this backdrop it opened an expanded 70,000 sq ft store in the Spring at Intu Lakeside.

It was joined by H&M that doubled the size of its unit to 36,000 sq ft. Like Next, it has also highlighted how tough it is dealing with physical stores at the same time as a growing percentage of sales are shifting online. They will both be joined by River Island, which at 21,000 sq ft will be doubling its footprint at the mall, and creating one of its largest stores.

Over at Westfield (White City) a £600 million expansion (adding a total of 740,000 sq ft) has just been opened, which makes it the largest shopping centre in Europe with 450 stores – up from 360 previously.

Among those setting up shop are John Lewis, Currys PC World and Primark who all seem to continue to load more square footage onto their businesses when there are numerous red flags about acquisitive property strategies.

It can only really mean that in many cases these retailers will be looking to offset these new property additions with the closure of others in less desirable locations. Otherwise their moves must be seen as questionable in a world where online sales continue to eat into revenues generated in stores.

These mall units are also typically on rentals that require a decent level of sales per square foot in order for them to stack up financially. I’m reliably informed that the landlords of these malls have not yet embraced the new world of retailing where stores are as much about dwell time and brand building as they are about flogging goods. For now this doesn’t pay the rent at these units.

It is arguable whether the polarisation between the successful premier malls and all other parts of physical retail has ever been greater. For now it seems to be just about holding up but at some point something will give on both the high street and with the mall owners. The former’s ecosystem is on the verge of collapse while the latter will have to reassess their rental models as sales shift inexorably online. Neither situation looks sustainable in the mid-to-long term.

K3 Retail partners with businesses to provide connected technologies based on Microsoft Dynamics 365 so retailers can reach their goals now and in the future. In a size that best fits future plans wherever you need it – Cloud, Hybrid or On-premise. Our solutions drive more than 800 international retail brands from Charles Tyrwhitt and The White Company to Ryman and Sue Ryder, Hobbycraft, Wasabi and Ted Baker, K3 Retail is a Microsoft Gold Certified Partner and the UK’s leading Microsoft Dynamics retail partner.