Where did it all begin? Matt Moulding was born in 1972 in Lancashire and studied industrial economics at Nottingham. His upbringing was quite turbulent and, as he told the Financial Times in 2010, taught him the value of money. Having been set back on the educational track by an economics teacher who persuaded him to go back to school and then university, he initially went down the bean counter route and specialised in insolvency before becoming a finance director.

What did that leave with him? Strangely, enough confidence because one thing Caudwell would do is give people the space to try out new thinking plus a lot of money to finance it – and if you gave it a go there was a chance you would succeed big time. Or sink without trace, of course. 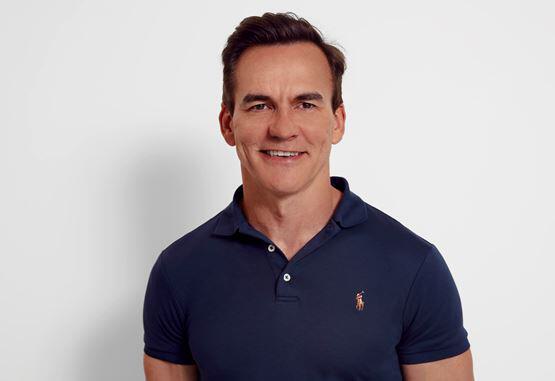 Matt Moulding, CEO and executive chairman of The Hut Group

So to The Hut Group. When did that all kick off? He rose to become the CFO of the distribution arm of Phones4U but in 2003 a chance purchase altered the course of his life. A self-confessed late adopter of the internet, he bought a CD online. His first thought was ‘blimey, that’s cheap’. And his second was ‘I could do that’. Ironically he pitched the idea to his Caudwell bosses first but they weren’t interested so he and co-founder John Gallemore went it alone. An initial investment of £500,000 cobbled together from themselves, friends and family set them on their way.

Challenges – there’ve been a few… At the very beginning The Hut Group almost died before it lived – trying to make sales through the Google rankings with no recognised brand did not work out at all. Money was fast running out.

Until the part where: Moulding, who had no IT experience, realised that the solution was to build a white label solution – he rang around big retailers offering to host their online entertainment sales operations for them. And, phew, eventually ASDA said yes. Within six months, according to Moulding, the group’s finances were turned around.

Next challenge:  No sooner did he have his feet under the table with the entertainment side of things then the blooming iPhone came out and pulled the rug out from anyone hoping to sell music online. But he already had the infrastructure in place so it was a case of casting around for something suitable to slot into it.

Where are the opportunities for him now? The Hut has grown to focus on FMCG products, mainly beauty and health sectors, that generate a high level of repeat purchases. Also majoring on goods with low return rates and no dealings at all with pesky perishable goods. It was announced only a week ago that Moulding is spearheading a new retail development in the centre of Manchester to be called “World of THG” – essentially a shop for his online brands described as a “contemporary retail and experiential marketing space aimed at showcasing the stable of health and beauty brands”. So he clearly sees the embattled UK High Street as a place of opportunity as well.

What are his thoughts on expansion: Moulding has a very simple and very effective strategy for the phenomenal rate of global expansion at The Hut Group. He buys his way in, job done. Myriad small acquisitions happen every year under his leadership and the company then leverages that offering on to its much larger platform. Hey, it works. He is also a firm believer in sound levels of investment domestically in the infrastructure to grow the business. To that end in November 2018 the company announced a huge new office HQ in Manchester along with a creative studio in the same area – the development of both sites constitutes a $1bn investment and will support 10,000 jobs. So very optimistic would seem to sum up his opinion on The Hut Group’s future prospects.

So what’s the next step in plan Moulding? In December 2018 he stopped only being the CEO and also became executive chairman of The Hut Group. The company now runs 166 localised websites, retailing goods in 164 countries. Over half of THG’s sales now come from own-brand products, which is ironic as that is what he wanted to do all those years ago but was forced to turn white-label. Annual sales to 2018 were more than $1.2 billion and the portfolio has grown considerably over the last few years, now including leading beauty brands/retailers including Lookfantastic.com, Glossybox, Mio Skincare and Grow Gorgeous.

Dare we mention the IPO? Moulding and his company have been followed around by rumours of impending IPOs since forever…and he still shows no sign of actually doing it. And also you have to say that the City is not really that keen on the same person being the CEO and chairman.

Defining quote 1: “Back in 2003, I bought my first CD online – it was fundamentally so much cheaper that I decided to look into this as a business model for selling online,”

Defining quote 2: “If I sold [out] to a corporate all I have got to focus on is spending that money, and after a few nice holidays and nice cars what’s next?

This is one in an ongoing series of profiles with individuals that are featured in the annual ‘Retail Insider Movers & Shakers in Retail Top 100’ report.