Last week the retail property industry gathered in Cannes on the south coast of France for MAPIC, its annual jamboree but with the addition of a leisure-dedicated day on top of the regular retail-focused, two-day programme. 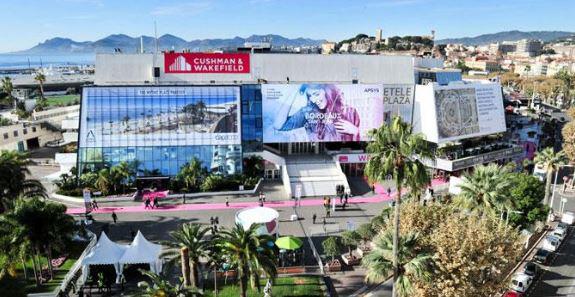 Real storm clouds gathered over the Cote d’Azur during this year’s event but the industry also finds itself in a less than sunny place as it comes to terms with the fact it can no longer rely as heavily on retailers to deliver the necessary returns in shopping centre developments as well as high streets.

Among the property developers and shopping centre managers at MAPIC this year were a smattering of leisure operators, who have become an increasingly attractive proposition for the mix in new developments alongside retail and food and beverage.

Among them was Dominic Davies, founder of experiential cinema Backyard, and Hugh Knowles, commercial director for UK and Europe at indoor mini-golf concept Puttshack, who was enjoying leisure’s change of perception in the retail developer community.

Knowles says: “The conversations today are different to those before. I was laughed out of meeting rooms and told to come back in five years. Well, we’ve come back and now the conversation is very different. This change has happened over the past 18 months.”

Against this backdrop Puttshack is eyeing aggressive expansion armed with the £30m it raised in private equity backing, which will take it well beyond its current two sites. Plenty of money is certainly being poured into the UK leisure industry, according to agent Savills, which calculates an incredible £19.8bn was invested last year in emerging leisure sectors alone, including e-sports and virtual reality activities it labels “immersive leisure”.

Whatever you choose to call it, leisure’s key attraction is it is a great driver of footfall into shopping centres. Research undertaken by Puttshack at its Westfield site revealed a hefty 40% of customers admitted they hadn’t visited the shopping centre in the past year and as many as 20% had never been there before. This, combined with the fact leisure dramatically increases dwell times in centres, highlights its growing appeal.

However, Knowles cautions there’s still a big difference between progressive shopping centre landlords such as Westfield, which views leisure strategically within its overall mix, and those that simply have an empty space and are desperate to fill it – with anything.

This was recognised by one senior executive of Merlin, which operates numerous theme parks and attractions, who revealed at MAPIC there are many players in the shopping centre camp throwing chunky inducements to potential partners, including serious contributions to fit-out costs, long rent-free periods, and very agreeable rental terms.

Despite the sweeteners the Merlin executive wasn’t particularly impressed, recognising those naive approaches were invariably from schemes in the most precarious position. Potential damage to Merlin’s brand names and its ultimate value in the market was too much for it to risk falling in with poor-quality partners.

With such a revolution taking place in shopping centres and the ongoing reduction in reliance on traditional retail as a key revenue generator, there’s surely a growing need to rename these shopping meccas.

One term bandied around at MAPIC was “brand playgrounds”, which sounds rather promising but, as it stands, the shopping centre world is some way from being a playground. However, with the serious advance of leisure into the mix this could be about to change soon.

This piece was originally published on Propel Info where Glynn Davis writes a regular Friday opinion piece. Retail Insider would like to thank Propel for allowing the reproduction of this column.

Posted in General and tagged General