It was a big night for some of the smaller operators at the recent Retailers’ Retailer of the Year Awards in London when the efforts of the great and the not-quite-so-great of the industry were voted on by their peers and contemporaries.

Drake & Morgan (four units) and Grand Union Group (12 units) both took awards as they were feted for their next-generation pub/bars/restaurants that have both been sufficiently successful to put them on the expansion trail. 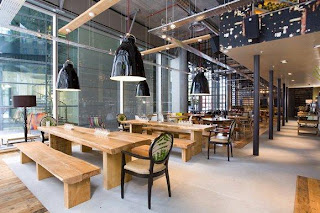 Drake & Morgan: It looks like a classy canteen & people love it.

Watching them collect their awards got me wondering whether they are such a big deal – after all, they are currently only running a handful of outlets between them.

In the US you don’t even get called a brand until you’ve literally opened thousands of units across the country. Are we really hyping these small operators just a little too much before they have really proven themselves to have the staying power for the long-term – in effect developing into tomorrow’s Pizza Expresses?

I’d argue that these smaller players are concepts rather than proper brands. But what you can’t argue with is the fact that they represent the future. On that basis, maybe I shouldn’t view them with too much of a critical eye.

You could also argue that these are halcyon days for smaller operators as the big guns in the industry are struggling and this is fuelling an upsurge in young entrepreneurial types striking out on their own.

In some cases these people almost look too young to be area managers at the large companies but the recession has provided them with an opportunity. Firstly, the likes of Punch, Enterprise and myriad other leisure companies have been willing to offload multiple leaseholds as they desperately seek to raise cash to shore up their balance sheets. It’s exactly same in the retail sector.

It’s a familiar story around the country.

Secondly, these young Turks have found themselves stuck in these large organisations that have been stagnating. This has been holding them back from moving their careers on to the next level.

Take a look inside Mitchells & Butlers (that operates chains like Harvester, Vintage Inns and All Bar One) and you’ll find glass ceilings throughout the business. And this is far from unusual in the industry. 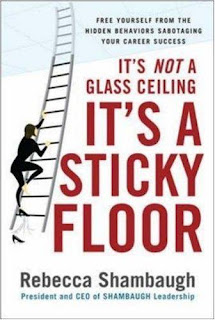 Whatever you want to call it, it’s bad news.

The steps between moving from area manager to regional operations director and then on to divisional director are simply huge. The result is that in M&B – and many other similar companies in the industry – you’ve got regional directors who have been in their roles for many years.

This is stultifying for young go-getters with fire in their bellies and the result is that they are taking their experience, developing a decent concept, securing modest backing, and doing a deal with one of the big operators to lease them a couple of units. And off they go.

So what does the consumer think about all this? I suspect many of them are finding a gradual reduction in the appeal of the offers from the big organisations that are stagnating inside – which ultimately results in them losing their edge and ability to change their propositions.

Discerning consumers are instead searching out more interesting outlets that reflect today’s tastes. Just like those run by the likes of Drake & Morgan and Grand Union I suspect.