‘Excerpts from the life of a head-hunter’ working in the leisure/hospitality/retail sectors.

Last month I related the story of having successfully placed a CMO in a major leisure firm, the CEO was then refusing to pay the bill. In chasing the money I left another message for him suggesting it is obvious that we needed to speak. 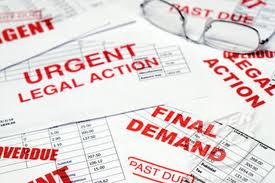 The HR director of another client calls to announce that the CEO within her business is leaving immediately under the dark cloud of questions being asked about his tenure at the head of the business. The personal result of this shock departure is the loss of two ongoing assignments, which was not good news. One of these involved five interviews arranged for the day after I received news of the CEO’s departure.

The candidates were expecting a call from me to brief them on the following day’s interviews, which were to be conducted under a P&amp;C (Private &amp; Confidential) agreement, which means they have no idea who the client is. This is typically employed when somebody is being removed from a position.

But rather than a briefing I call them to cancel the interview. Regardless of how well you know the candidates they’ll inevitably start guessing who the client is and what’s happened. My big question was to either: tell them the full story, engage their loyalty, and ensure they kept quiet, or simply keep them in the dark. Potentially with the latter option they’ll guess the client, which could damage the incumbent who in turn could then look for constructive dismissal claims.

I decided to be honest and rely on them to recognise the serious nature of the situation and to therefore keep quiet. To date, this is exactly what has happened.

The CEO rings and rather than being punchy he says he wants to agree a deal on the bill. He made it very clear he was pleased with the three board directors that I helped recruit as part of the company’s restructure. But he admits to not remembering saying he’d happily pay the final invoice.

This invoice was now one month overdue and he remained unhappy that this was hanging around unresolved. He also recognised that he was seeking to negotiate after the event. But despite this he was adamant that he wanted a reduction. As an independent I can make instant decisions and therefore offered a 15% reduction, which was accepted. There was also an agreement that future assignments would still come my way – with the understanding that any negotiations had to be in advance of them being undertaken. 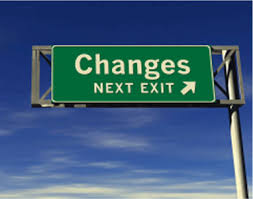 Changes and exits rife in the sector

The departed-CEO’s company call me with a critical P&amp;C assignment that is part of the essential changes now required at the business to drive change through the troubled organisation. This sorry tale is indicative of much change taking place in the leisure and hospitality sector.

Many companies are trading in a way that is simply not close enough to the customers. They therefore do not understand what they need to sell, what the correct price is, and the relevant service offer to give. This is very basic stuff but these things are all too often forgotten – at great cost to both companies and their personnel.